On a daily basis, millions of Internet users share, re-blog, re-tweet, and re-post content from others on social media. This behavior has led to a flourishing social Internet culture, but is also conduct that implicates many competing interests. In this article, we would like to take a closer look at the spread of the Internet phenomenon known as the “meme” and how it can be viewed from a copyright standpoint.

A meme \ˈmēm\. can be practically anything – from media content such as text and images to videos or gifs, with a humorous, cheerful, satirical, or even socially critical statement. Probably one of the most famous memes worldwide is “trollface” – a black and white drawing with a distorted grin. Another famous meme that went viral is the “distracted boyfriend” image. For many people, the Internet meme is a vital tool for expressing certain ideas and emotions that cannot be articulated in any other way.

But what is the difference between a simple picture with text and a meme? Characteristic of a meme is the constant changing of the original work which, because it is constantly being shared, has gained a certain recognition value in society and has thus developed into a new, unique form of communication. Memes evolve through imitation, reproduction and mutation. It is this constant spread and alteration that makes Internet memes so popular. 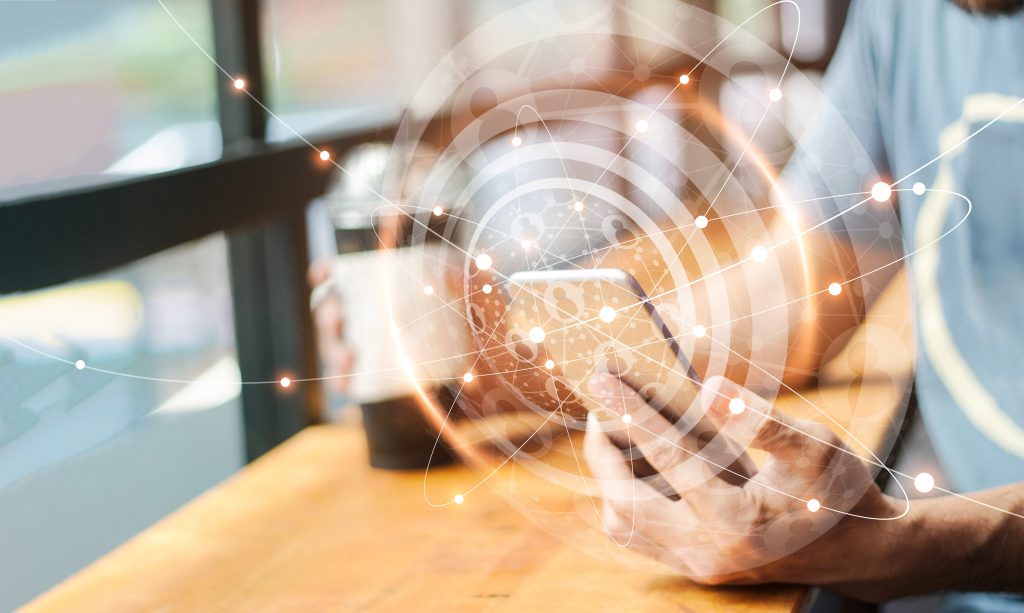 But have you ever paused and thought about who is considered the author of the original version of a meme and whether it is legal to share, republish or even change these pop culture picture excerpts? After all, those who share memes with others usually pursue an innocent purpose. Nevertheless, it is important to understand the relationship between memes and copyright holders to stay on the right side of copyright law.

Interestingly, this question is becoming more and more important as the original authors have started to sue for copyright infringement in memes. However, this article focuses on the particular subset of visual memes, because visual media such as photographs and drawings are far more likely to be copyrighted material and thus raise several legal issues not necessarily relevant to text-based memes.

The two types of copyrights of a creator

The author of any photo, drawing or video has two types of rights – moral rights and exploitation rights. These two rights allow him to make full and exclusive commercial use of the work. Moral rights are inseparable from the creator and cannot be transferred or waived. The exploitation rights are intended to secure and enable a creator to commercially exploit his work. He alone decides by whom and to what extent his work can be used in public.

Anyone who reproduces a photo online – visible to all Internet users – and saves it for this purpose, and thus controls the readiness for retrieval himself, is subject to these rights and requires the consent of the author. It is irrelevant whether the use is within a commercial context and thus a profit is even made, or whether the user is merely pursuing an artistic or charitable purpose.

Even simple changes to a photo, so-called “other transformations”, require the consent of the author before their publication or utilization. Copyright law protects the author’s interest so that no works with modifications may be presented to the public as quasi-copies. In the case of Internet memes, this would mean that anyone who uses a third-party meme or creates a meme with a third-party image commits a copyright infringement if he or she is not entitled to do so.

However, copyright law does not grant absolute protection. To preserve various social interests, the law provides for exceptions to copyright protection. However, there are only a few exceptions in which the distribution of memes can be justified under European or German copyright law. Common exceptions in Europe to use a work without a proper license are parody and artistic freedom, as well as image quotation. In the United States, the US Copyright Law provides for an exception, which is regulated by the so-called fair use doctrine. But do memes under European or American law fall under these exceptions?

Meme as a quotation

The right of quotation exception allows the partial or complete use of a photograph if this is done to substantiate or discuss content. The use must be justified with regard to a specific purpose. The citation must encourage the discussion of one’s remarks, which could be the case with an original meme’s text. However, for reproduction as a quotation, a reference to the source is required. This means that a reference must be made to the source of information. However, many sources are often impossible to locate, and very few users of memes research and add the source before the memes are (further) posted on the Internet.

An edit where the original is still recognizable is almost typical for a parody. Especially in artistic mashups with existing works, it is often necessary to let the original remain recognizable. The new contribution itself, however, must represent a new work, i.e. it must itself be deemed a new creation. The parody must also deal critically and anti-thematically with the material used – otherwise, it is merely a matter of using other people’s content free of charge.

Even if a meme would be partially compatible with copyright law in the context of a parody and artistic freedom, this exception only applies to a small part of digital meme culture. Most memes focus on de- and recontextualization, not on criticism or parody of the work used. The original creations are the very basis and do not take a back seat to the newly created work. In the next section, let us consider the question of whether the use of memes in an American context falls under fair use.

In the United States, the fair use doctrine enshrined in Section 107 of the Copyright Act covers certain uses where, all things considered, the interests of the author do not appear to be sufficiently impaired and/or where the public interest in the use is such that it is permitted without the consent of the copyright holder. In determining whether a fair use defense can be invoked, four factors are considered:

Purpose of the infringing use

Concerning this factor, the strongest argument for fair use exists where the judge deems the work to be “transformative”. A use is recognized as transformative if it pursues a new purpose other than the original or if it shows an aesthetically changed impression. It is also considered whether the use pursues commercial or educational purposes.

An individual meme as such would not fulfill the "transformative" criterion, but its rapid dissemination, imitation, and mutation cause it to become a cultural phenomenon that is recognizable not because of the underlying work, but because of the meme itself. Accordingly, memes can be regarded as vehicles for uniquely expressing ideas that communicate the author’s message and therefore serve this transformative function.

Nature of the work

This takes into account whether the work is more creative or fact-based. The former requires greater protection and is difficult to reconcile with the fair use doctrine.

Since many memes are based on artistic works, their distribution does not fall under fair use from this point of view.

Amount and sustainability of the portion used

Under this factor, courts consider how much of the copyrighted work was used and how that use compares to the entirety of the work. It is not only size alone that matters, however, but also the substantive context of the excised portion of the copyrighted work. In other words, if an important part of a work is reproduced, it is more likely it is to be considered infringement because a substantial part has been copied.

For example, if a meme uses a single joke or single frame from an original work, it would be consistent with the fair use doctrine. If, as in the case of the "distracted boyfriend" meme, where the basis is a photograph, the use would not fall under fair use and would, therefore, constitute copyright infringement.

Effect on the potential market or value of the work

The final factor considers the market impact of the infringing work on the original work. If a work does not negatively impact the value of the original work, or perhaps even enhances the marketability of the protected work, then it is more likely its use will be deemed fair use.

In most cases, it could probably be argued that a meme enhances the pop-cultural significance of the original work and thus increases its long-term economic prospects.

The open and generally formulated provisions of fair use make it difficult to give a clear answer as to whether the use of memes in America constitutes copyright infringement or not. There are hardly any known legal precedents in which memes play a role. Various possible interpretations accordingly bring legal uncertainty.

Mentioned at the beginning, the maker of “trollface”, Carlos Ramirez, registered his drawing with the U.S. Copyright Office after it became a viral hit in 2010. Registering “trollface” has been consistently profitable for Ramirez. He has been able to monetize his work in several ways. Through merchandise licensing and settlements in copyright infringement lawsuits, he has been able to earn several thousand dollars per month in recent years. The photographer of the distracted boyfriend picture has also announced that he reserves the right to take legal action against anyone who uses or alters the image without his consent.

The principle of fair use does not apply in Germany or Europe. Should the use of a meme constitute copyright infringement, the author could take action against the unauthorized use and obtain a cease and desist order or claim damages.

Neither the American fair use model nor the German exceptions can deal with these ambiguities without problems. When using memes, it is advisable to be aware that you may violate copyrights, trademarks, personal, and competition rights. You are only on the safe side if you create memes with your own pictures or if you are expressly authorized to use the works of an author.