Five controversial cases between celebrities and photographers where image rights are put to the test.

We all have the right to privacy thanks to the law. However, it seems the more well-known you are the less people care about your privacy. So, it’s little surprise that the media is flooded with stories with celebrities battling against tabloids to defend their right of privacy and image rights. But keep in mind you don’t have to be famous to have your privacy invaded. Copytrack presents five standout cases where celebrities got caught up in a media storm of copyright and privacy law.

Back in 2000, French photographer Patrick Cariou published the book Yes, Rasta, which included a collection of his photos of the Jamaican Rastafarian community. Eight years after the initial publication, New York based artist Richard Prince then reprinted his own edited version for his exhibition Canal Zone. Prince’s work was then displayed and sold at the Gagosian Gallery based in New York. It didn’t take long for the question of copyright to arise with Cariou suing for infringement in 2009. The initial ruling from the New York court was in favour of Cariou, stating that Prince was infringing and not “commenting upon” the originals and as consequence his works must be unsold. Not giving up the fight, Prince appealed for Second Circuit. The Second Circuit then reversed the previous ruling, finding that 25 of the 30 works were “transformative” enough for fair use. Finally, in 2014, Cariou and Prince announced that they had settled the case.

Sisters Kylie and Kendall Jenner released their collection of vintage shirts on the market, the shirts included overlaid images of the girls on top of the legendary rappers Tupac and Biggie. It didn’t take long before the Jenners were criticized for their actions. Amongst those upset was the mother of the Notorious B.I.G who was furious and believed the y disrespected her son. The sisters apologised, but it wasn’t enough. Well-known photographer, Michael Miller, went on to sue the Jenners for infringement of copyright. He claimed that the collection included original photos of the deceased artists that were inappropriately used and illegally used commercial for their clothes. The Tupac images used belonged to Miller, and the Kylie + Kendell label never even informed the photographer about their intentions to print the image. The Jenner label also didn’t have the approval to use image. Miller is now suing the brand for a total of $150,000 for each image used.

It’s well known that paparazzi often have a bad reputation when it comes to the law and respecting privacy. However, in this case the paparazzi weren’t the bad guys. It all started when Khloe Kardashian posted a photo of herself on Instagram, which just happened to be taken by the paparazzi. As she used the image without the permission of the author, who happened to be one of the paps with the image rights, she now has to pay damages.  Xposure Photos, who owned the image didn’t turn a blind eye, especially since Kardashian posted the picture without any copyright information. Kardashian’s  post also caused a problem  because a publication had legally acquired the photo series and published it shortly before Kardashian. Thanks to the Kardashian’s 64 million followers, as soon as the image was posted it lost its exclusivity and therefore its value. The damages total up to $150,000, which Chole is now expected to pay. 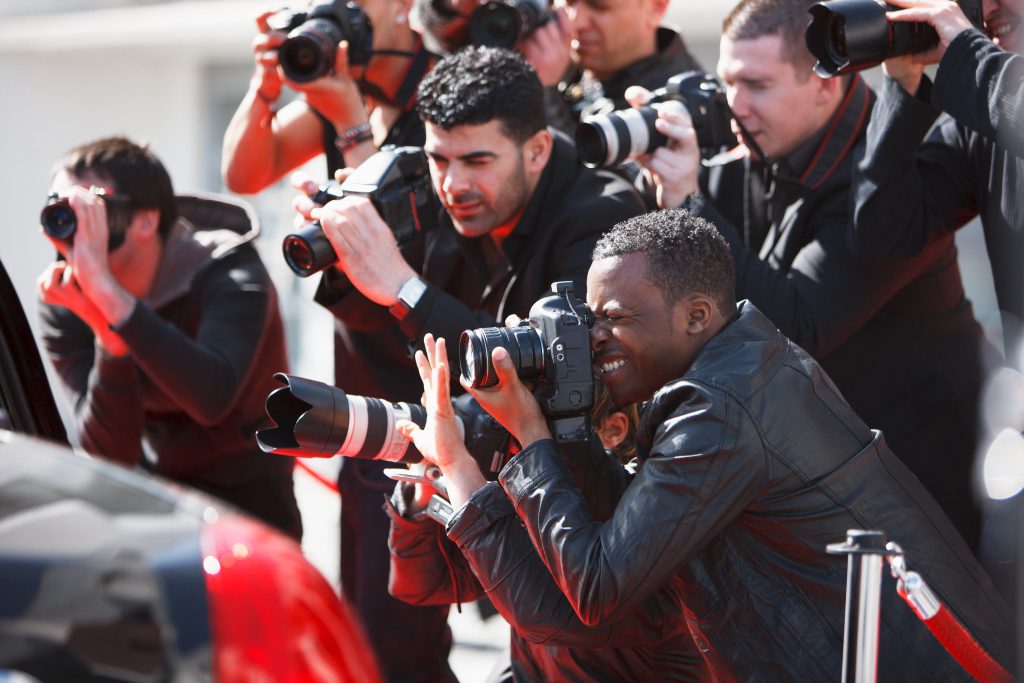 The subject of this lawsuit is the world-famous Hope Poster that features Barack Obama. It was designed by artist Shepard Fairey, who tangled up in a copyright dispute with the major news agency Associated Press (AP) over the poster. The agency claimed that they owned the image rights of the original image as one of their photographers had taken the image. The AP turned to the artist’s lawyer in an attempt for a legal settlement, but Fairey turned around and sued the AP.  He wanted to prove that he had acted within the framework of the Fair Use principle of the US copyright law and therefore his usage was not unlawful. Due to lying in court, and destroying evidence Fairey nearly lost the court case. Among other things, Fairey claimed he didn’t use an photo where the image rights belonged to the AP.  He went on to apologise for his actions. Despite the dispute the artist and the press agency finally decided on a settlement. During the settlement, the artist promised not to use any images of the AP without a license. Both parties agreed to share the rights to the Hope Poster in the future. There was also a financial agreement made between both parties. The story now has a happy ending, with both parties aiming to create a joint poster series based on the AP photos.

In Germany, Funke-Media Group had to pay the coach of the German national football team, Jogi Löw, compensation of 220,000 Euros due to 11 misleading articles. This was all ruled by the Cologne Regional Court. In 2016, after the European Championship the media group printed Löw three times on the front pages of their gossip magazines. The company Funke-Media Group also reported about Löw on holiday and even speculated about his love life with various women – including his own goddaughter. The amount of compensation determined by the court was 100,000 EUR higher than what Löw initially demanded. The court justified this due to frequency of the coverage and the strong assumptions about Löw’s love life. The articles had significantly intruded on the trainer’s right of privacy, despite his attempt to avoid the media on his holiday. According to the Court, the media group had acted unprofessionally. The Court went on to say that the company knew that the speculations were inaccurate and illegal. The Funke-Media Group has tried to appeal the initial ruling.

We are fighting for fair payment for photographers, picture agencies and publishers. Use Copytrack to find illegally used images free of charge on the Internet, and to take legal action against copyright infringements.
Sign Up for Free
Facebook Twitter Linkedin Instagram Youtube